Rimmel has made a mascara that claims to tint your lashes as you wear it. I’ve trialled this product and here’s my rundown of the Rimmel Volume Colourist Mascara. 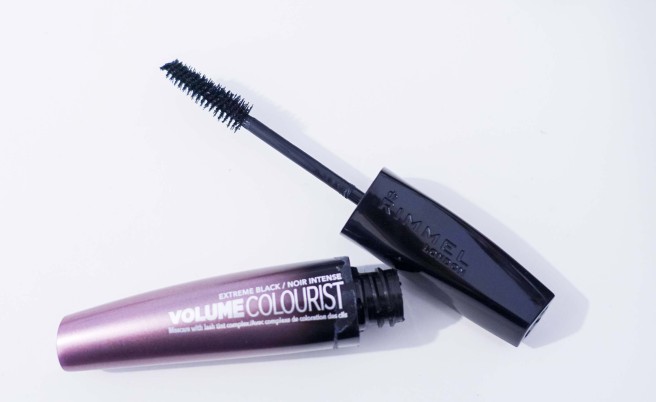 The concept is amazing but what the about the execution? I hope this is the start of something beautiful where other brands (and Rimmel too) improve on this idea and launch more products like this that actually work. I did some background research and it looks like other brands have dabbled with this idea previously but have since discontinued those products.

So you may ask why. Why would you need a mascara that tints your lashes? Doesn’t the whole process of wearing a mascara defeat the purpose of lash tinting? Well, yes and no. For all of us ladies that have fair lashes, we look a bit tired and lash-less when we aren’t wearing mascara. There are days when one does not want to wear makeup or mascara, so lash tinting is a darn good thing.

They claim that it darkens lashes in 2 weeks of wear. Here are some before shots with different lighting, I have no makeup on so please excuse the paleness! 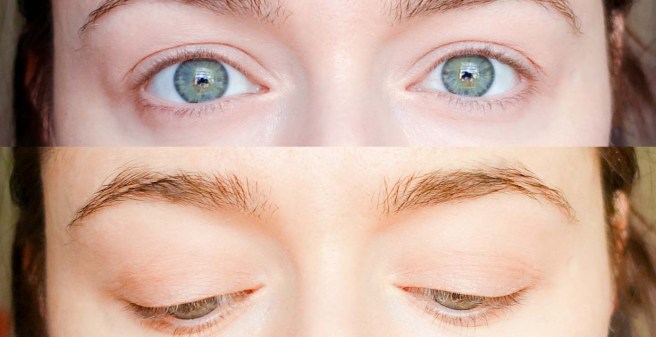 And here’s a pic with mascara applied on one eye.

So let’s now get into the review. The bristles of the brush head are quite long and stiff (that’s what she said! Ha!)….but they really were! I like to apply my mascara starting right at the roots of my lashes so you gotta be careful getting in nice and close not to poke yourself with the bristles. The slightly tapered brush makes it easy to apply and leaves lashes looking quite separated. So if separation is yo’ thing, then this isn’t bad. Personally, I’m a volume girl, so this was just ok for me. There was no clumping at all.

The mascara was densely pigmented, which I really enjoy. The effect was lengthening and defining and left the lashes soft to the touch, not crispy. The formula was pretty dry upon application, which actually makes it better for holding a curl. Wet formulas tend to weigh the lashes down by coating the lash with a lot of product, thereby softening, releasing and weighing down the curl. I like the curl-holding effect from using drier mascara’s but this type of formula doesn’t make it as easy to build dense volume. Given how dry the formula was when I first opened the tube, I picture that this mascara would dry out quite quickly and that you would be lucky to get the usual 3 months wear out of it.

After my first day’s wear, there was no smudging but there was a little bit of flaking, which is expected from the dry formula. By the end of the first week, I noticed far more flaking from the mascara under the eye than compared with day 1.

This mascara has a mild smell, but you really need to come close to be able to sense it. I raised it pretty close to my nose and managed to mark my nose with it. My first thought was sh*t, I’m going to leave a black streak on my nose from the dye in the mascara. Luckily, that was not the case and it wiped off just as easily as it went on. Whilst this is a great thing for my nose, I was kind of hoping it would last longer but either way, it was an indication of the dye quality.

Removing this mascara was not so easy after a days’ wear. I struggled to get it off with micellar water and then went in for the kill with my most powerful makeup removing oil, Bobbi Brown Cleansing Oil, to get this product off. I ended up with a bit of a panda eye at the end of the process. It looked like it tinted the skin at my lash line more than the lashes themselves.

Though this isn’t the best mascara I’ve used, it was ok for the price – I paid $10 AUD on sale.

I would have loved for this mascara to deliver on the tinting, but sadly after 2 weeks, I didn’t notice any changes in my lashes. Overall, I probably would have liked the mascara more if the flaking and difficulty in fully removing the mascara didn’t let it down. I really hope to see more brands work on this sort of initiative but it looks like there is a long way to go.

Am I the only one interested in this idea? Let me know if you are too or if you think a lash-tinting mascara is a dud concept?